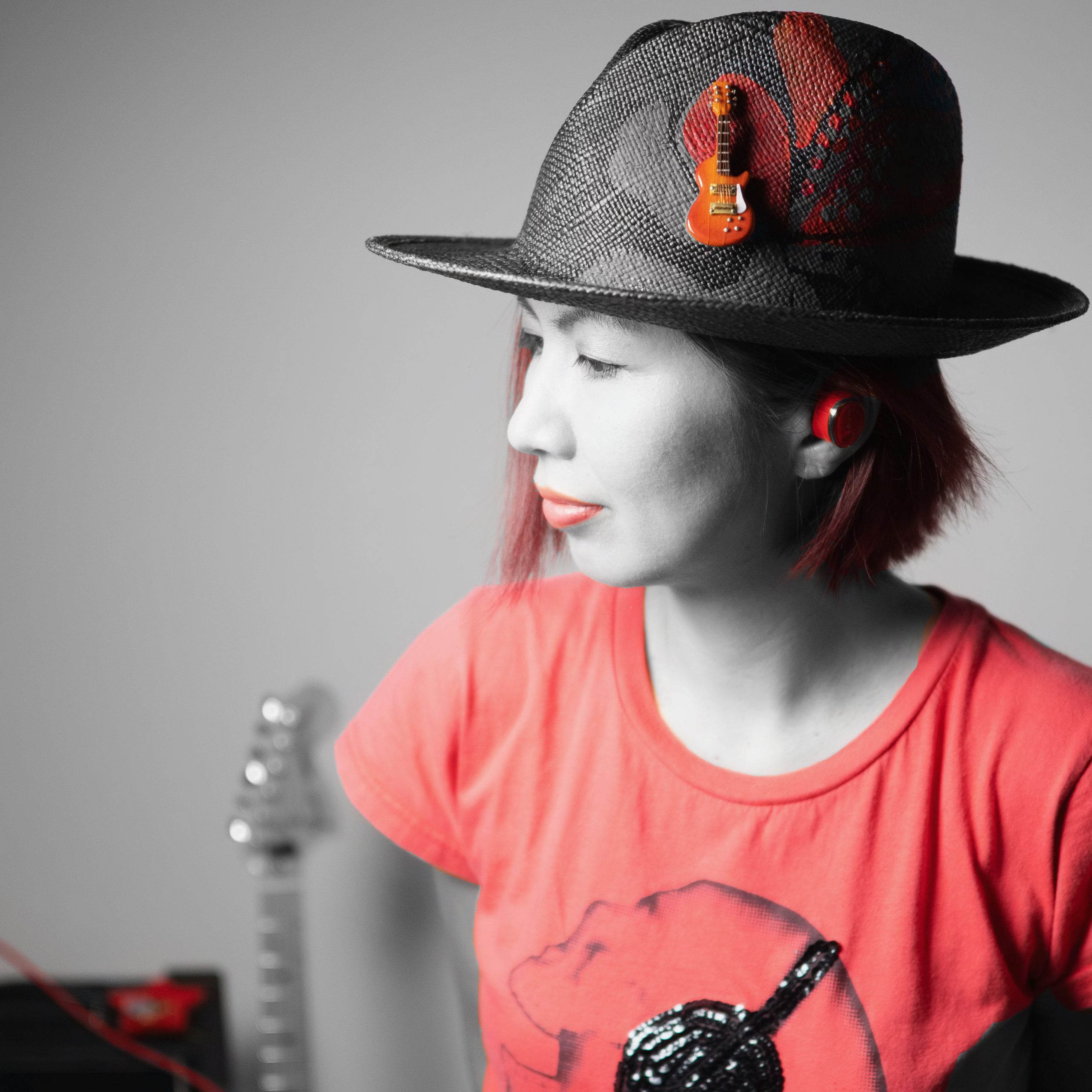 ITSUKA, from Tokyo, is a multi-talented musician who can not only write lyrics and music, but also handle everything from studio design, equipment setup, video production, and live streaming all on her own.

She has over a hundred original songs in Japanese and English influenced by rock, blues, folk, country, and other genres. While steadily establishing herself as a singer-songwriter, including winning the grand prize in HAKASE.COM's "Singer-Songwriter Contest 2017," she is also a standout presence in the musical instrument industry as a gear girl who loves guitars and digital equipment.

In music and musical instrument video contentss, she is not only the host, but also involved in planning, directing, and video production.
She produced the music video "For A Friend" by Marty Friedman, involved in Char's workshop "SINGING GUITAR," Yamaha's "Let's ENJOY SYNCROOM," MIYAKO (LOVEBITES) "metal TV," Kotaro Oshio's "Oshio no oshi," and "The SAMURAI Road Crew," a program featuring guitar technicians of famous artists such as Tatsuro Yamashita and Kiyoshiro Imawano.Her YouTube program "ITSUKA TV" has also been attracting a lot of attention.

He frequently participates in the world's largest musical instrument trade show, "NAMM SHOW," her live broadcast videos from the site in fluent English are gaining popularity. As an artist, he also appeared at the SHINOS AMPLIFIER booth. He is also active internationally, appearing in an American movie/providing the theme song, and participating in a European tour with a Japanese female band.

She is highly regarded for her one-operation skills and has been responsible for the production of numerous tutorial videos for YAMAHA, ZOOM, etc. For Valentine's Day in 2021, she was the director for the Haruki Murakami Produce "MURAKAMI JAM ~No Bossa Nova ~ Blame it on the Bossa Nova" to commemorate the 50th anniversary of TOKYO FM. Currently, she is an OM (formerly OLYMPUS) ambassador.

In 2022, she is appearing in the promotion video of YAMAHA's remote ensemble app "SYNCROOM" and performing an original song, following her two previous videos for them. ITSUKA also produced the video.

In her private life, ITSUKA's love of red eye has grown to the point where she serves as the chairperson of the Red Eye Promotion Committee.
The theme song "Red Eye Blues," written by ITSUKA, is spreading nationwide.
Her hobbies include collecting hats (HAT Freak), red eye, and making friends all over the world.